This blog began in Jan. 2017 on a cold bright winter day in our 1945 cottage home in Durham, NC.  Photos of the Spring 2016 garden inspired me. Winter is after all, the perfect time for gardeners to daydream of Spring. Monthly posts highlight what's happening in our Zone 7 Piedmont garden which includes small wildlife and occasional updates of what's happening inside the cottage.

Visit the Butterfly Compendium to see a catalog of pollinators in the garden and host plant information.  View this and other favorites in the Featured Posts section of the blog (to the right of the most recent post).

Gardening/lifestyle ethos at The Happy Cottage: support Mother Earth and yourself by being as natural as possible. Avoid the use of synthetic chemicals and weed instead of spray. Include host and nectar plants for pollinators. Favorite garden medium: organic mushroom compost. It's the soil that mushrooms were grown in. Full disclosure:  We do use biological mosquito dunks.

My gardening style has evolved over twenty years to include scent, food for pollinators, butterflies, birds and shelter for small creatures.  A multi-dimensional garden will bring you years of enjoyment! 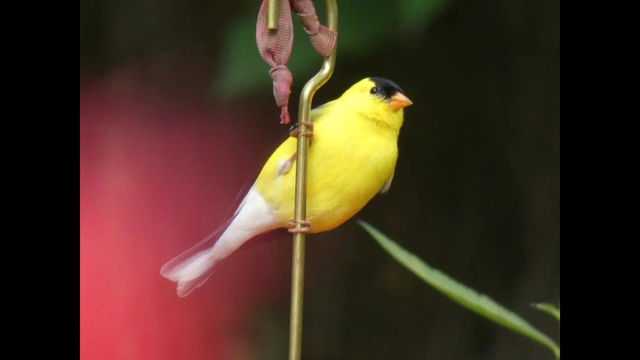 Ian spotted three perfect Spice Bush Swallowtails on Aug. 31st. Initially, I assumed they were Eastern Black Swallowtails. The resemble each other very closely. It can be especially confusing, if the two aren't side by side for comparison. Thanks to butterfliesathome.com for the definitive tip. Look for the missing orange spot on the underside of the wing. Enlarge the photo if you can. Notice the blue elongated mark that appears on the same row as the orange dots. That